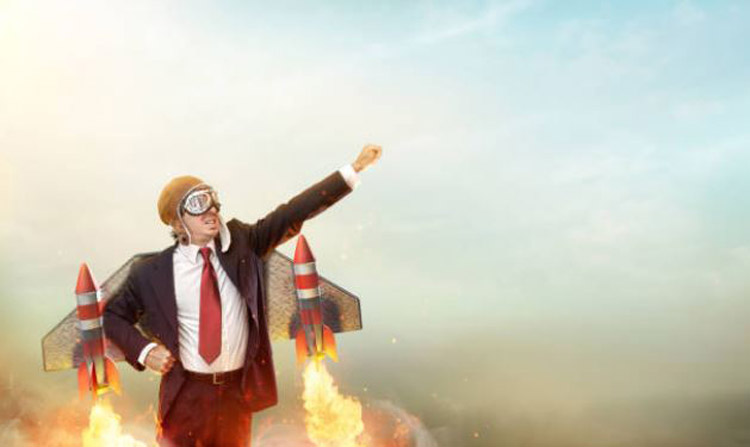 American Airlines flight 1997 from Philadelphia to Los Angeles was nearing the end of an uneventful journey on Sunday when pilots reported seeing someone wearing a jetpack, flying roughly level to their aircraft, and just a few hundred yards away.

The Airbus A321 passenger jet was coming in to land at Los Angeles International Airport when the pilots saw the rogue aeronaut to the south of the approach path in LA County's South Gate, Fox 11 LA initially reported.

"Tower, American 1997, we just passed a guy in a jetpack," the American Airlines pilot told Los Angeles approach controllers when the aircraft was about 3,000 feet high, according to Live ATC recordings and Flightradar24 data. The pilot estimated the jetpacker was flying at roughly the plane's altitude about 300 yards away.

Air-traffic controllers notified other inbound aircraft that they weren't alone in the skies. Multiple other pilots confirmed the report, including those on a JetBlue Airways flight from New York and a SkyWest Airlines flight from San Jose, California, operating for Delta Air Lines.

"JetBlue 23, we heard and we are definitely looking," a JetBlue Airways pilot responded when notified of the aerial hazard. The American Airlines jet and other inbound flights landed without issue.

The Federal Aviation Administration told Fox 11 that the Los Angeles Police Department would be notified so it could investigate the incident, but the department had not received the report at the time of Fox 11's story. Depending on where the jetpack was flying, the FAA might have grounds to pursue the pilot.

The FAA views jetpacks as "ultralight" aircraft, and regulations restrict them from flying "over any congested area of a city, town, or settlement, or over any open air assembly of persons." The fine could range from $1,100 to $27,500 if the FAA's enforcement division finds the jetpack operator negligent.

"Only in LA," an unidentified aircraft said after hearing the radio exchange.

British inventor Richard Browning, founder and chief test pilot for Gravity Industries, said that flying at 3,000 feet is possible but likely not safe for the pilot, other aircraft, and the people and objects on the ground left on the ground.

"Yes, all of the current community of human flying systems using jet engines could get to that altitude," Browning – who recently demonstrated the successful use of a jetpack with the UK Royal Navy to fly over water between vessels – told Business Insider in an email. Browning also noted that most jetpack operators stay well below 3,000 feet for safety reasons and that his company doesn't operate its jetpacks above "people or property."

The altitude and longevity capabilities of modern jetpacks depend largely on the user's weight and how much fuel they're carrying, Browning said. Martin Jetpack posted a video of its jetpack reaching an altitude of 5,000 feet in 2011, though the company closed in 2019. An Emirates Airbus A380 was accompanied by "jetmen" of Jetman Dubai in 2015.

If the pilots coming into LA were wrong about spotting the jetpack user, Browning said the next likely suspect would be a multi-rotor drone capable of heavy lift – such as the ones being developed to carry packages for Amazon – that could propel a human into the upper altitudes.

The Federal Bureau of Investigation is now involved, telling Business Insider in an email: "The FBI is aware of reports by pilots near LAX on Sunday and is looking into it to determine what may have occurred."